Abu Dhabi The Capital Of The United Arab Emirates 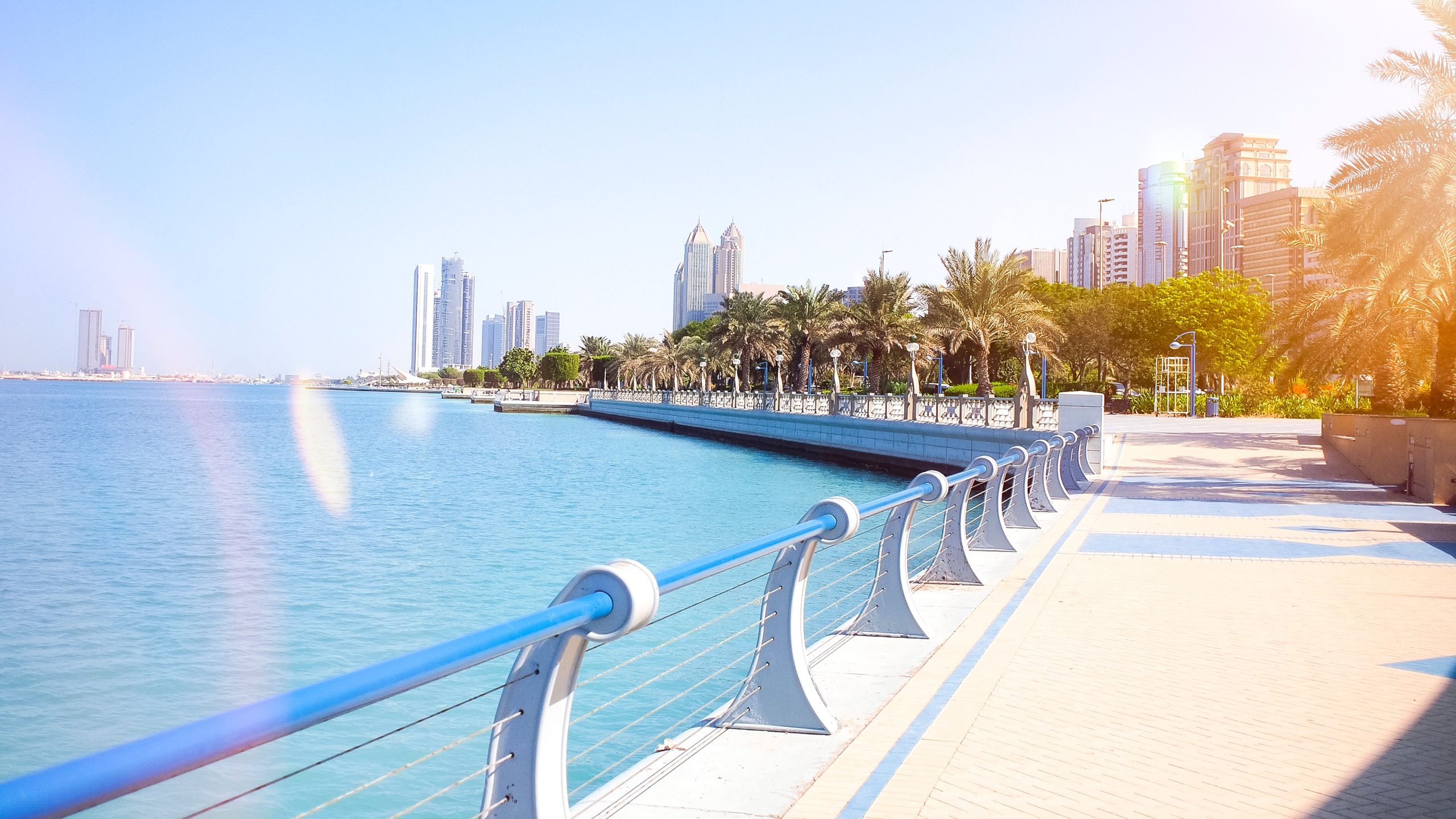 What to see and do in Abu Dhabi?

Contrary to popular belief, the capital of the United Arab Emirates is not Dubai, it is Abu Dhabi. It is the second most populous emirate and the financial headquarters, as well as, of the most important multinational companies.

Despite being the capital, Dubai is more developed for tourism and is better known worldwide. When I visited the United Arab Emirates I was staying in Fujeirah and getting to this area requires a good drive of about two and a half hours. If you are in Dubai it will last 1 hour and a half. Here I give you all the general information about what to see and do in Abu Dhabi?

What to see and do in Abu Dhabi?

The Sheikh Zayed Mosque: It owes its name to the first president of the Emirates nation. Just arriving and seeing it from the outside is enough and it will be worth the drive.

The mosque has four miranetes with a height of 107 meters and 82 vaults of seven different sizes. The complex has 1,048 columns outside and 96 inside. The entrance for men and women is separate; it is like entering an airport, with security and bag checks.

Admiring every detail of its construction will make you think about the amount of money and years invested in such a work of art. The main room has 10 chandeliers 10 meters long and weighing 9 tons, made of copper and covered with gold.

The carpet is the largest in the world and was made by hand, it really is a place worth investing more than 3 hours to go through it calmly and appreciate every corner. This is the link to the Mosque: Sheikh Zayed In my opinion this will be the most important point if they ask you what to see and do in Abu Dhabi?

Important Points to visit the Mosque:

Every woman must enter with the burka that is delivered at the entrance against ID, which you must leave and pick up until the exit and deliver the burka again.

Photos with strange poses, exaggerated gestures or kisses are totally prohibited and are grounds for expulsion from the Mosque

To enter the most sacred or prayer part, you have to do it without shoes, which are left in numbered cabinets

It is not allowed to enter with food

From Dubai it takes almost 2 hours to get there

The Abu Dhabi Corniche: Runs all the way along the eastern side of Abu Dhabi for some 8 km of rolling coastline, passing cycle and pedestrian paths, playgrounds, cafes, restaurants and the famous Corniche beach.

In addition to being an important avenue, it offers a relaxing contrast to the very busy shopping areas and different businesses, seeing the sunset here is impressive. As in all the Emirates, the beach closes at 5:00 pm, so it is best to arrive early and take advantage of the day.

The Emirates Palace Hotel: It is the most luxurious hotel in the capital, it has gold everywhere, and if you arrive before 12:00 noon you can enter the lobby and take pictures. Opened in 2005, the 5-star hotel sits on the beachfront in gardens dotted with palm trees and offers a luxurious retreat for guests, it’s on the list of what to see and do in Abu Dhabi?

They even told me that some of the cupcakes they serve have edible gold-plated chocolate. It is conveniently located in the cultural area just 1.6 km from the Migration agent.

I saw it from afar on the tourist bus tour, you can only enter part of the lobby.

The Ferrari Theme Park: The Park has more than 37 attractions; you will find yourself in a world of fun fueled by Ferrari. It is located on Yas Island, attached to the Yas Marina Circuit. It was officially opened on November 4, 2010. It occupies an area of ​​200,000 m² , 1,86,000 of which are covered, making it the largest covered park in the world.

It also has multiple themed restaurants with different atmospheres related to Italy and Ferrari. Among its attractions is Formula Rossa, the fastest roller coaster in the world. This is the link of the park: Ferrari World

Some of its most famous attractions are: