Can you use a VPN in China or is it prohibited? Answers here. 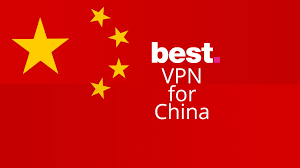 There are many questions about using a VPN in China. Is this allowed or not? What does the law say exactly? Year after year, censorship grows stronger and fewer VPN services are available in this country. If you are about to travel to the Middle Kingdom and want answers to your various questions, we’ve got you covered here.
Understand the article in 30s flat:

1. Many applications are blocked in China because of the Great Firewall.
2. it’s technically legal to use a VPN in China, but many of them are blocked.
3. In this article, we introduce you to the providers that are still operating in 2021.
4. The price of these VPNs is between 2 and 6 € per month and you will have a 30-day money-back guarantee period.
Ranking of the best working VPNs in China (2021):

Is it allowed to use a VPN in China?
The first question that comes up most often is “are we allowed to use a VPN in China?” Is this allowed? “. This is a very legitimate question since, officially, VPNs are banned in China.
But what does this mean exactly? Does this mean that once on Chinese territory, you are not going to be able to use Virtual Private Network? Can you, yes or no, use such a service once in Chinese territory? Of course that YES!
Indeed, although, technically, VPNs are not allowed in China, you will be able to use one without a hitch. Otherwise, you will find yourself stuck on many essential everyday applications. Obviously, VPNs cannot really be banned in China as it would block the operation of many businesses there.
Do you risk anything using a VPN in China?
As stated previously, you can obviously use it and you risk NOTHING. Millions of people use it, and THE ONLY conviction in the last 5 years was not against a user, but a Chinese who sold VPNs.
Guess how Macron does for Twitter when he’s in China when the app is normally blocked? It’s simple, he uses a VPN!
The only risk is only for people promoting it. As long as you don’t sell a VPN in China, you don’t risk anything. So you can go there with your eyes closed! Although it is prohibited, EVERYONE uses it.
What sites are blocked in China?
If everyone is wondering if it’s possible to use a VPN in China and what the risks are, it’s good because without a VPN in China you’re going to be terribly blocked. You will then need the best VPN in order to be able to unblock all the inaccessible sites.

The list does not end there of course, but it already includes many sites that you most certainly use on a daily basis. That’s what you’re here for after all, isn’t it?
Be careful to choose the best VPN for China to make sure. Because yes, all the suppliers are not necessarily functional in this country… or else they are not able to ensure a security worthy of the name.
Can we see French television in China?
Another question that comes up very often: can we watch French TV in China? The answer to this question is of course YES, if you are using a VPN that is still working well in 2021.
With the best VPN provider, you will be able to watch all French channels like TF1, France 2, Canal +, RMC Sport, being Sports, Netflix FR, M6 and also Swiss and Belgian channels (RTS and RTBF) without any worries.
You will only have to choose a server in France (for French channels) or in the other two countries. Note that the Belgian and Swiss channels will be perfect, if, for example, you want to watch F1 streaming for free.

If you want to be able to keep in touch with your favorite channels, you will have no choice but to equip yourself with the best VPN working in China in 2021. We will also present them to you very soon.
When to subscribe to your VPN for China?
It is essential that you think about subscribing to such a service before going to the territory.
Indeed, once there, you will not be able to access many sites of Virtual Private Network providers. These are blocked by the Chinese government. It is therefore more than advisable to prepare your trip well and anticipate a few days in advance.
This will also allow you to familiarize yourself with how your VPN works before going to China. And also to test the different configurations available. Be careful not to be fooled and find yourself stranded once there… censorship is wreaking havoc!