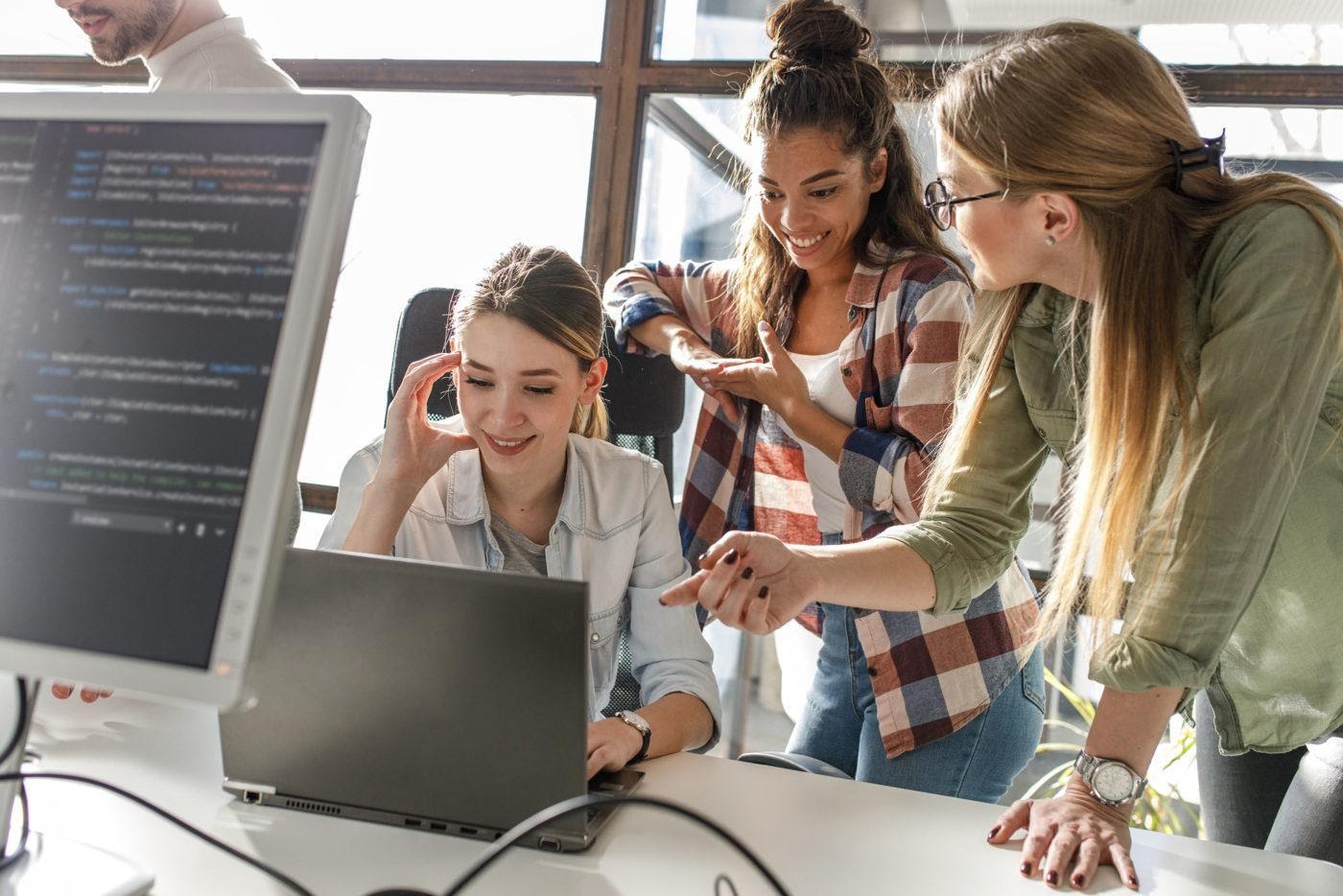 Front-end Development basically refers to the web user interface which means the one which is visible to the client. For example, if one is roaming around in the market then can just see the shop fronts and will only enter those shops which he finds attractive by look. The same is applicable for the websites as well, the website which looks catchy by any means attracts the audience to visit their page. This is the reason that companies want to have the best front-end of their website for which they Hire Full Time Developers There are tons of things available on the internet today so if you want to increase the page visitors for your website then you need to be unique in the presentation aspect.

The Front-end Development Company also emphasizes doing the best of programming at the client-side to give desired output as it is everything that ultimately the user sees and interacts with. Now on the other hand is the back-end functionalities which is support the front-end. The back-end basically happens on the side of the server and database. It can be called the machinery which functions at the back to provide the website with that fancy look and features. Let us now understand in a bit detail about Back-end and Front-end.

WHAT IS FRONT-END AND BACK-END?

As stated above, the front-end is everything which is visible to the end-users, and they are able to interact with it. So, here the whole interface is designed, and all the visual aspects of the website are covered. So, the role of front-end developers is to design the visual component, experience, and lucrative interfaces to give the best look to the website. The front-end tools comprise CSS, JavaScript, HTML, and others.

On the other hand, back-end development refers to all the tasks done backstage in order to give the best look at the front-end. It includes the web pages, servers, coding, and programming, defining the under-stated logic which actually governs the features and functionalities of the website. The back-end development includes the tools like Ruby, C#, PHP, Java, and others.

Earlier were the days, when the website was really simple with static content and not many features. Simple formatting and a few animations were enough to develop a decent, attractive website. And for this, one should be thankful to HTML and CSS.

But with time the trend of developing websites has evolved a lot and today most of the websites are dynamic with much content and animations. The use of JavaScript has changed the scenario in the past decade and changed the working concept both at the front-end as well as back-end. Now, let’s look into the technologies used in Front-end development:

It stands for Hypertext Markup Language and is the main technology for front-end development.

Here Hypertext stands for the random or non-linear way by which one travels on the web by clicking on several hyperlinks. Markup here refers to the qualities which HTML tags apply to the text inside them.  And finally, Language refers to the codes and syntax that it holds in itself.

It is the most used programming language in order to design and create websites. HTML helps to identify the various elements like paragraphs, headers and also allows to addition of images, animations, graphics, video, media, and other dynamic components. HTML has a set of abbreviations which is known as tags, as defined by the page developer in a text file. The text then gets saved as an HTML file and is tracked by your browser. The user scans the file, interprets the text in readable form, and at best makes the page according to the requirement of the creator.

It basically plays the role of organizer for the website development or can be said that it is the way how each and every website is organized on the web. The latest version of HTML is HTML 5 which evolved as the background of the front-end development work. Also, it brought several add-on features like support of Media storage, facilities to embed audio and video, and many more.

It stands for Cascading Style Sheets and is considered as the Stylist of the website. This tool is basically used by the developers in order to beautify the website by adding the effects and styling. It decides how the HTML elements are to be placed on a website in the best possible way in form of layout and design and also customized as per the various screen sizes. CSS uses Selectors in order to communicate with the HTML. And the CSS declaration withholds the values and properties (includes color, size, margins etc) used by the selector.

CSS is a constantly evolving thing and keeps bringing on new patterns and formats with every new version. The latest release of CSS is CSS3. Many front-end development companies use CSS preprocessors to write more and more CSS lines quite faster. Foundation and Bootstrap are some of the front-end CSS frameworks which help to create a very polished website and that too in a snap of time.

Three ways to check how CSS code is implemented into the HTML content:

b)CSS fragments are the linear styles that are written in HTML language itself.

c) CSS instructions are the internal style sheets that are placed directly in the header of the HTML page.

It stands for the Document Object Model and is a programming interface for XML and HTML documents. It basically looks after the structure of the website by interpreting the page in such a way that the programs can directly modify the style, structure, and content of the document. The object-oriented presentation of the website can be called a DOM which can be easily modified by any scripting language. Also, as the current browsers follow the WHATWG and W3C standards, DOM must also comply with it.

It is one of the most common languages used for scripting and is known and used worldwide to provide a full set of technologies for both front-end and back-end frameworks. It helps to built-in the interactive element on the website. The more you want to make your website dynamic, the more you use JavaScript. It usually helps to include the animated elements on the website like pop-up windows, sliding windows, page navigation menus and many more sleek features.

It can be called that JavaScript actually brings in the live on the website and enables the website to respond to the user behavior and also keep them dynamically refreshed. Frameworks and Libraries are two essential components of JavaScript.

Frameworks refers to the template used to create the various web applications and provide a structure on which the whole project stands out. Libraries are the set of pre-written code fragments which are used as well as reused to implement the functions of JavaScript. Angular, Vue.js, Ember.js, React, jQuery, D3.js are some of the most commonly used Frameworks and Libraries of JavaScript.

The above points clearly state that if any developer is planning to go ahead with the front-end development, then he must be well-versed with the above-mentioned tools and techniques. These tools will surely make the whole work easier, and the website would become attractive as well as interactive which will ultimately help to pour in the business for the respective company or business.