WHAT TO SEE IN SOUTH INDIA 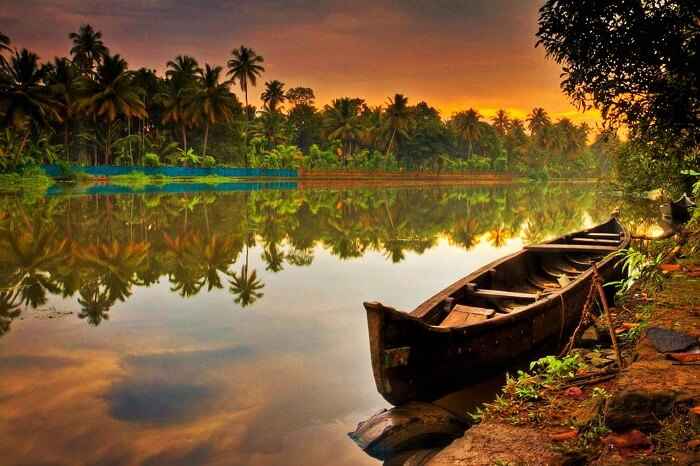 Bordered by the Arabian Sea to the west and the Bay of Bengal to the east, the South Indian peninsula possesses a distinct beauty of its own. From rugged mountains brimming with lush forests to cultural wonders that tell a story of India’s magnificent past, the wonders of South India come in many forms. Forts and temples, national parks and mountain gorges make up the geography here. If South India is your choice holiday destination this year, take a quick look at some of the best things to see around the region:

Golconda Fort, Telangana: With its inception dating back to the 13th century, the magnificent Golconda Fort is one of India’s most prized heritage possessions. The fort was initially a mud fort back during its conception, but was later developed into a fortress under the reign of the Rajah of Warangal. Till date, remnants of primitive mosques, courtyards and hilltop pavilions can be found inside the complex. The most striking bit of architecture here can be seen in its 87 magnificent bastions that rise around the fortress.

Nagarhole National Park and Tiger Reserve: Also known as the Rajiv Gandhi National Park, the Nagarhole National Park Tiger Reserve is one of India’s biggest and best wildlife reserves. Set against the backdrop of the Brahmagiri Mountain ranges, the teak and Sal forests add a wild charm to the place. Tigers, elephants, leopards and a number of other small animals make up the diverse wildlife of the Reserve. The Reserve conducts wildlife safaris on a regular basis, and has some options for on-site lodging and camping as well. For more information on Nagarhole Safari tours, head over to the Thrillophilia Tripadvisor reviews section!

The Nilgiri Mountain Railway Line: Although the railway track is more of an activity than a tourist place, it is nevertheless one of the most notable things to see and explore in the South. The Railway Line is often fondly dubbed as the Ooty Toy Train. The 1,000 meter gauge line was laid down by the British in 1908, and is still the only mountain railway that operates on a daily basis in South India. Cutting its way across the Nilgiri Hills, the railway ride offers some of the most scenic panoramic views of the valley below. The track is also a prominent Heritage Site in the South.

Charminar, Telangana: Its name literally translates to the Four Minarets, Charminar sits idly in the very heart of Hyderabad city. The monument was built by Emperor Mohammad Quli Qutb Shah in 1591 as a symbol of his capital, and later emerged into one of the most iconic landmarks in the South. The Charminar is now regarded as a quintessential example of Indo-Saracenic art style, with its four minarets showcasing a stunning range of architectural mastery. The central Mosque is located on the fourth floor, and can be reached by a short flight of stairs.

Silent Valley National Park, Kerala: The Silent Valley National Park is just as enigmatic as it sounds. The National Park houses Kerala’s last remaining forests. Historically, it is the evidence of the local people’s movement to protect the natural wealth of the state. A number of native wildlife, including tigers, leopards, elephants and a variety of snakes thrive here in their natural habitat. The National Park is home to a staggering variety of flora as well, and is well regarded for its orchid fields. Several trekking trails across the Park make it a popular hiking destination in the South. The National Park has some campsites and resorts as well. For more information on Silent Camps, check out the customer comments on our Thrillophilia Facebook reviews page.

Periyar National Park: Sprawling across the Western Ghats, the natural wealth of Periyar is astounding at best. At the heart of the park lies the 100 year old Periyar Lake, where boating is a popular sport. The thick evergreen forests of Periyar are always teeming with a variety of local animal and birdlife; tigers, deer and wild pigs are commonly spotted here, along with more than 250 species of birds. The Park offers safaris on a regular basis, on jeeps as well as on elephants. Several boat tours are offered here as well, and are great for birdwatching.

Meenakshi Temple, Madurai: Nestled on the banks of the river Vaigai in Madurai city, Meenakshi Temple is one of the cultural wonders of India. According to popular Hindu faith, Lord Shiva had assumed the figure of Sundareswarar and married the Goddess Parvati at the site where the temple stands. The Dravidian architecture of the building only contributes to the enigmatic charm that the history of the temple possesses. Needless to mention, the Meenakshi Temple is one of India’s biggest Hindu pilgrimage sites. The temple remains especially busy during the festival of Thirukalyanam, when millions of devotees make their way to Madurai.